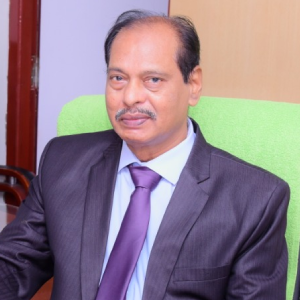 Dr. Vishnu Prasad, having a professional experience of 37 years in Neurosurgery, did his M.B.B.S from Andhra Medical College in 1979 & M.S.(Ortho) from AMC/KGH in 1984.

He started his professional career as tutor in Neurosurgery in 1984 under the guidance of Dr.Dinakar and finished his M.Ch. (Neurosurgery) in AMC/KGH– 1990

He has presented lectures and research studies at various National and International level conferences.

Retired as Director of Medical Education for Andhra Pradesh State in 2013.

He has dealt with and successfully treated several patients from Andhra Pradesh, Telangana, Odisha, Chattisgarh as well as international patients.